Larry Light’s latest pieces in Forbes have collectively been read by over 54,780 readers. They cover an array of marketing topics including the impacts of Covid-19, Ease of Choice, and more.

See his latest headlines below.

Macy’s And The 100th Anniversary Of The 19th Amendment

At this 100-year anniversary for women’s right to vote, we should be respecting brands that stood up for women, especially working women Macy’s is one of those brands.

Six Rules To Plan Now For The Post-Coronavirus World

What’s Next For The Whole Foods Market Brand?

Amazon is focused on building Whole Foods Market into a trusted source for organic, healthful, eco-conscious, ethically-sourced offerings with a reputation for quality, leadership, and trust. The singular desire is to build loyalty to Whole Foods Market rather than sharing it with the “365” brand.

In This Complicated Uncertain World Ease Of Choice Wins

Right now, why add more uncertainty to our lives by selecting an unknown or new brand? This is not a time for new brands. It is a good time to build on the strength of brand familiarity and trust.

After The Quarantines, We May All Sell And Buy Used Cars The Carvana Way

Carvana is turning the used car business on its head and in doing so has the potential to utterly change the way car dealers do business. As with Uber, Tesla, Airbnb, Amazon that forced established brands to change, Carvana is causing a sea change in one of the most ubiquitous industries in the US. 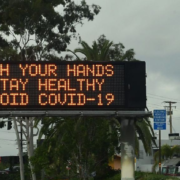 Arcature CEO Larry Light is using his platform on Forbes CMO Network to lead the discussion on how brands must react accordingly to the Covid19 pandemic and use their platform for good.

His three latest pieces are all tied to global pandemic. Read them by clicking the links below:

The Advertising Industry Must Act Now To Help Combat The Coronavirus

The Three Dimensions Of Ease Are Crucial For Brand Survival Now

During this very challenging time, where is the coordinated leadership from the advertising industry? The advertising experts know how to effectively capture our attention, and communicate a convincing message? Jonathan Bernstein of Bloomberg Opinion points out that although there have been “… some quality PSAs already” we could use a “… more systematic effort….” We hear from the basketball star Steph Curry who has urged Americans to practice social distancing. Why is it that the best PSA so far has come from Reddit cofounder Alexis Ohanian who bought a billboard in New York City’s Times Square urging people to stay home.

Where is The Ad Council? 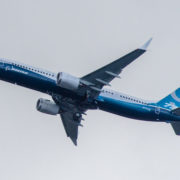 In his latest piece in Forbes, Arcature CEO Larry Light explains why brands must adopt Internal Marketing to create and reinforce a cultural commitment to the new direction.

Read his latest piece now for some valuable insight and practical tips: The Do’s And Don’ts Of Mindset Change

In Larry Light’s recent Forbes pieces, he takes on the marketing mindset that ignores the true brand impact of advertising as well as the laziness of today’s ad creation.

Marketers are confusing “clicks and listens” to buying. Marketers seek reliable data on how many people have viewed or heard particular advertising messages. The “view/hear mindset” is captivating for marketers. Clicks feed egos. [Read This Piece]

Enterprises that own multiple brands have the opportunity to reach different customers with the same needs and the same customers with different needs over all the stages of their lives. Each of the brands in a brand portfolio has a relevant, differentiated promised experience that receives added trust and authority from the corporate parent. [Read This Piece] 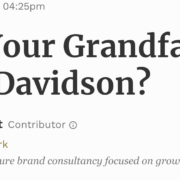 Has Harley-Davidson met its Oldsmobile moment? The venerable motorcycle brand faces the deleterious consequences of demography. On the one hand, Harley continues to be reliant on the defining mood, spirit and discretionary spending of Baby Boomers (think Marlon Brando’s outlaw motorcycle 1953 film, The Wild Ones, Jack Nicholson and Dennis Hopper in the 1969 film Easy Rider, and the hauntingly sad Rolling Stones Altamont concert). Today, many Baby Boomers are aging out of the motorcycle lifestyle.

Is This Your Grandfather’s Harley-Davidson? Forbes.com 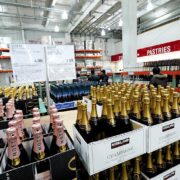 The village of Tupper Lake, NY, in the Adirondack Park has a population hovering just under 6000. In the short summer season tourists and second-home owners boost that number. Recently, there has been a seasonal gentrification with the opening of two craft breweries, but it is basically a struggling place to live. Tupper Lake is a small town 130 miles southeast of Montreal, Quebec, and 89 miles south of Cornwall, Ontario. In Tupper Lake, there is a Dollar General, a Save-A-Lot, a Family Dollar, and a Day Wholesale. 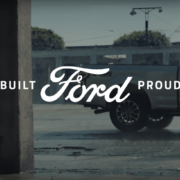 From the piece: “Ford Motors Company is under a microscope these days. James Hackett, CEO, is continually being scrutinized. Wall Street finds his Ford vision and strategy inscrutable. So, in order to make itself clear, last October Ford introduced a new campaign. The message is “Built Ford Proud”. It is a self-praise message highlighting Ford’s 115-year history of commitment to building great vehicles and communicates Ford’s ambition to lead in the future through smart vehicles for a smart world.” 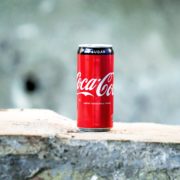 Right before Labor Day, Coca-Cola purchased Costa Coffee. If you have been to the UK, other parts of Europe, or Asia, you will understand that Costa Coffee is the second-largest coffee shop chain in the world, just behind Starbucks. In the UK, Costa has 2,500 stores. The brand has 3,800 stores in 32 countries.

This purchase is yet another segue away from a cola-uber-alles approach to a beverage strategy that better reflects people’s changing tastes. According to Barron’s, Coca-Cola’s sales declined every year since 2012, while coffee in all of its forms, is still strong. Coca-Cola is recognizing that continuing to focus on what worked in the past is not necessarily a winning strategy for today.

Coca-Cola ceded coffee primacy to others such as 1) Nestlé (owner of Nescafé) that cemented a deal with Starbucks to sell the brand’s teas and coffee drinks globally, and bought the boutique brand Blue Bottle and 2) JAB, a European holding company, owns Peet’s Coffee, Stumptown, and Keurig Green Mountain. From a brand-business standpoint, Coca-Cola is working to reverse behaviors that are strategically insensitive. Strategic insensitivity is a result of failing to pay attention to changing customer needs, problems, beliefs, and values.

There are legitimate concerns that Coca-Cola is not capable of managing actual brick-and-mortar stores. The firm’s strengths are elsewhere. Additionally, there are concerns that buying Costa gives Coca-Cola a lot of global real estate, an area in which Coca-Cola has not played.

These arguments overlook all the experience Coca-Cola will receive through its purchase of Costa. Costa knows a great deal about how to run coffee shops. Unless Coca-Cola decides to dismiss a raft of Costa executives, these concerns are slightly misplaced. It is true, that actually owning and running coffee shops is not something Coca-Cola is known for, however, there are few brands that work with restaurants better than Coca-Cola. When Coca-Cola works with big customers such as McDonald’s, a team is embedded in the McDonald’s offices. The team knows what is going on with customers, with customers’ needs, and most specifically, the team is on top of the logistical and service requirements needed at all the McDonald’s restaurants.

Coca-Cola, whatever its problems, is showing that even big, embattled behemoth brands can exhibit strategic agility. Coca-Cola is revealing that it is open to and able to evolve when disruptions happen or business, environmental, political, geographic circumstances alter the landscape. Coca-Cola is fighting against the arrogance of success by expanding its horizons into more popular beverage areas. By changing its perspective on the beverage landscape, Coca-Cola is leading with strategic dexterity, being resolute and responsive, disciplined and dexterous, at the same time.

Even though investors are on the fence, unconvinced that Coca-Cola is making the right move with this expensive acquisition, one investor group executive told Barron’s the following, “I continue to remain Neutral on Coke, but I like when companies continue to diversify their core businesses, and this is another turn in the company’s long history. The Costa acquisition is a bold move by Coke as it continues to expand outside of its core beverage business and increase its retail presence.” 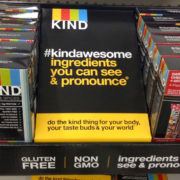 As the FDA is nearly about to address food and beverage labeling this coming summer, how brands can use the term “healthy” may be redefined. Read Larry’s latest Forbes piece to learn Why Your Favorite Healthy Snack May Not Be Healthy?